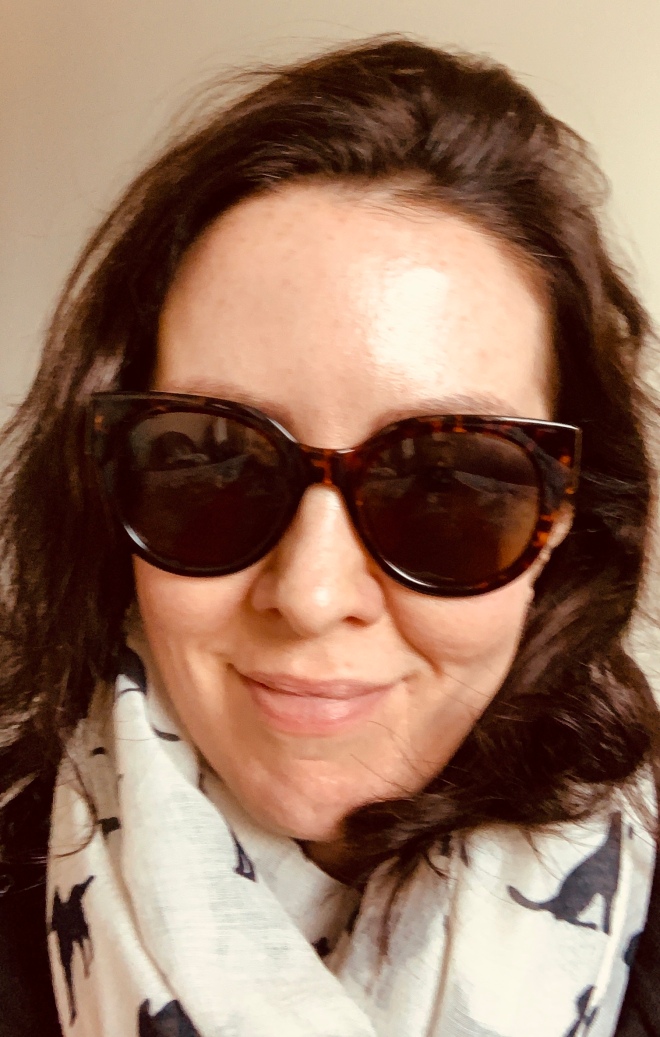 I’ve been hiding for 11 days now. Few people know where I am and, until this morning, I was going to try and see if I could get away with it…. I’m not sure what’s changed today. Maybe my advent reading about the light shining in the darkness has stirred something in me.

I spent a lot of my teenage years telling half truths or worse, manipulating facts and hoping not to get caught out. My husband and I did a Bible study early on in our marriage that challenged us enormously in this area and we both overhauled our approach to truth-telling. White lies and omissions were chased out of our lives, not always successfully, but hopefully we are different to the people we were when we met. Even if we don’t always achieve it, we both know where we are aiming.

The pursuit of truth has been immensely liberating. There is a freedom in knowing you can’t be tripped up by forgetting what you said to someone. The greatest by-product is that it makes us more reliable than we used to be. Once upon a time, it meant very little if I accepted a party invitation or agreed to help someone out with something. If I didn’t fancy doing it, I would just ping a text: ‘Not feeling well/ stuck at work/ would have loved to make it.’ 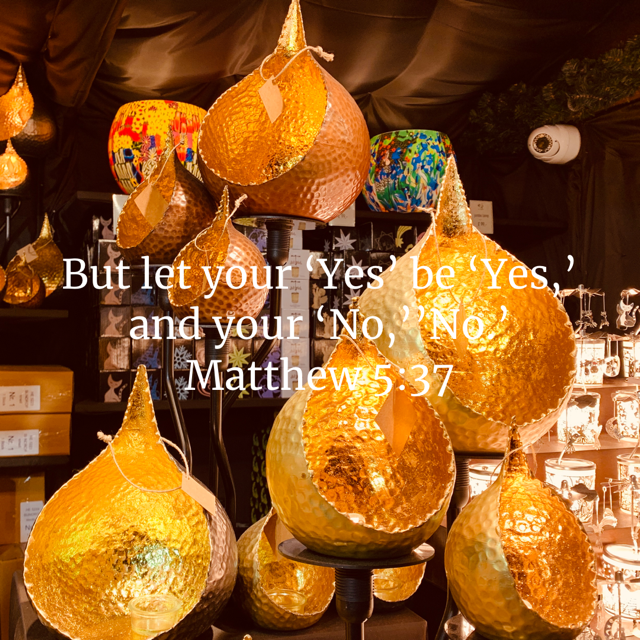 Now if I say I am going to do something, I try to do so unless there is an actual reason not to. I think through invitations more carefully than I once did because I want my ‘Yes’ to mean ‘Yes’. I am still the sort of person who seems programmed to want to pull out of arrangements once they are upon me. I think it’s a spirit of lethargy that hangs around me. I’m terrible past 6pm. PJs and Netflix are my default position, regardless of what else is on offer. If I am committing to something, I know I really need to commit to it because there’ll be that old call to lie as the time approaches.

I saw a celebrity interviewed recently who said the best type of friends always pull out of arrangements to meet up because, in reality, that’s what everyone wants: to have given the appearance of trying to meet whilst silently agreeing that we will all be happier in our PJs in front of Netflix when the time to convene arrives. I feel ashamed to admit I identified with her idea, whilst finding it rather sad too.

Truth can be knotty and messy, especially for those brought up to be well-mannered and polite at all costs. It may feel easier to say ‘I feel ill and can’t make it’ on the day than say ahead of time to someone inviting you on a birdwatching-camping weekend that woodpeckers and toilet tents aren’t your bag and they will undoubtedly be less so if you are required to spend time near either. Half truths and omissions can seem kinder and neater in many scenarios. Being that person who manages to be consistently truthful and consistently kind is a rare thing. 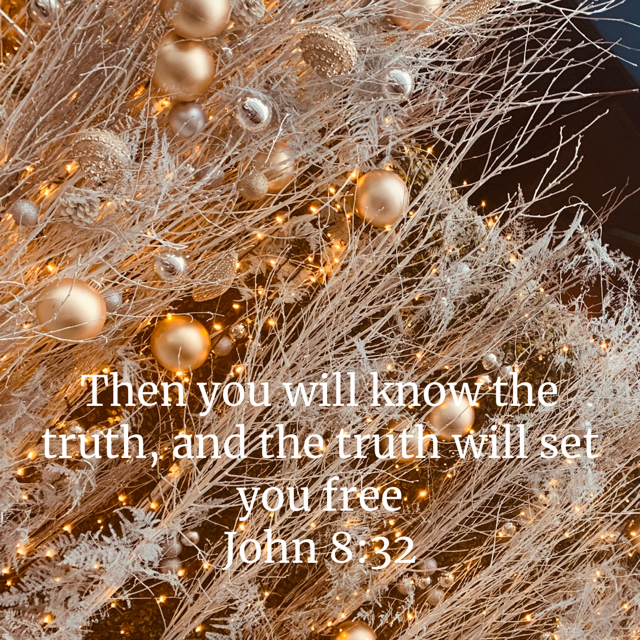 It’s easy to understand why we suffer from a woeful lack of truth in public life. If it’s tempting to bend the facts about things in our personal lives, how much more tempting must it be for powerful people in high places. So many current scandals boil down to truth-telling. The common denominator in many of the UK’s top headlines right now is the issue of truth, or more accurately, the suppression of it.

The reason I have been sneaking about London for over a week in sunglasses, looking suspicious/oddball/ celebrityesque (people’s sideways looks make me think I’ve pulled off oddball the most effectively) is so vain that I am embarrassed to reveal the reason. I don’t mind people knowing about the details of it, I am happy to show the photos to anyone  interested, it’s what it reveals about my heart that is hard to share.

The first blog I ever wrote was called ‘Bags of Value’. It was about my embarrassment at the eye bags I have fretted over for the past 5 years or so. In that post, I came to the conclusion that ‘our true value lies in the fact we are loved.  We are loved unconditionally, warts and all.  We are not valuable because we look a certain way or because we’ve had a good annual appraisal or because we’ve managed to make cupcakes with the swirly icing for the nursery party instead of lobbing a shop-bought one in the weekly groceries.  To pinch a line from Bridget Jones’ Mr Darcy, you are valuable ‘just as you are.’’

So having reached that neat conclusion 2 years ago, why have I just had cosmetic surgery to remove the bags I said I could live with? I don’t have an answer. That is my flaw. I believed one thing and I wanted to live it out and yet I did another. I tried (not very hard, admittedly) not to bore my husband to tears with my vain lamenting. I tried not to fixate on them in photos. I tried to unhear a comment about them said to me at a baby group years ago. But I am always aware of them.

Recently, I ducked out of the gym and ignored someone to avoid them seeing me without make up. That person didn’t speak to me again and I realized they must have been offended by my behavior. They possibly thought I didn’t care about them; they didn’t realize I cared very much what they thought of me.

I have found it hard to pray about anything relating to my treatment. It feels self-indulgent, wrong even, given I don’t believe we should be identified by our appearance; when the cost of something like this seems wasteful; when there are poorly people who really need operations. Staying with my dad this last week, who comes home every night with stories of heart operations he’s done, it’s not lost on me that I am an elective patient in a world full of people who would love not to be having operations. Walking past homeless folk on the streets of London, it’s not lost on me that the cost of surgery could have been better spent.

And yet it’s been an undeservingly rich time. I have been in and out of churches, sensing God’s presence in an intimate way I don’t often have the time to feel because my ordinary life doesn’t leave much space for quiet. I have had 2 weeks away from responsibilities for the first time since I got married. I have been cared for by my parents in a way I have not experienced since I left home. There has been intense happiness at shared moments with my mum and dad, father-in-law, sister-in-law. I have felt so blessed by the break and by the contact. In his infinite generosity, God has allowed me to enjoy this time of exile. 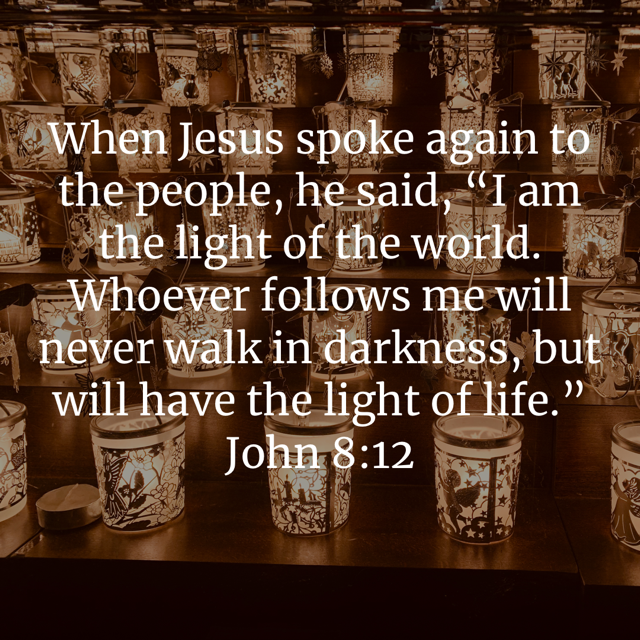 So why blog about it? I hope I don’t normally moralize in my blog- this is certainly a post without a moral. There are a number of reasons. In practical terms, I am sure there are puzzled people wondering where I went. I won’t look normal when I return home and I am not about to start making up stories about my appearance. Truth-telling sorts out those worries.

But the main reason for writing is a belief that, if I am going to speak about my faith publicly, I need to own my weaknesses, frailties and vanities and not give a false impression of myself. I don’t want to sneak around pretending I am something I am not. A lack of truth forces us into exile and isolation, either physically, as I have experienced a little of this week, or spiritually and emotionally- and that is not where I want to live.

I don’t want to hold myself out as one thing, when the truth is I am something else: more baggy and vain than you might imagine. I wanted to be that woman who gets to heaven proud of every wrinkle and stretch mark life gave her but I won’t be now. I wanted to be the woman who wrote that first blog but it turns out I am not. Having failed to be her, I don’t want to lie about it. I want to bring all of myself into the light, not just the nice bits, and live my life beyond the shadows.