The King of Hearts

This week, we visited the country’s largest cultural festival.  It’s an annual event opened by the King, lasting over a fortnight.  It’s popularity means that people’s work and school days, flights out of the Kingdom, even the weekly shop, have to be arranged around it because of the traffic created by those queuing to go in.  It’s held in a huge and impressive venue, which is used only once a year to house these festivities.

We enjoyed ourselves so much, we went back last night! We saw men giving camel rides to delighted children, we explored a traditional house, we tasted dates and honey and something slimy that I regretted taking, we watched dancing displays and we wandered around the markets.  The theme this year was India so along with all the Middle Eastern fare, there were references to their neighbours from across the Arabian Ocean.  Women dressed in the customary black hijab adorned their heads with the noisy, gold jewellery favoured by their Indian sisters, a fusion of culture that seemed significant.

The mood was so relaxed that the thing we’ve spent the last 7 months trying to get the hang of caught us out once again.  Prayer time.   Three very hungry children let us know what they thought of our oversight as we joined the queue for dinner just as they were shutting up shop.

So far, I’ve never seen the men here praying.  I’ve seen the odd woman when I’ve been out and about, in the restrooms or discreetly tucked away in the corner of a shopping mall.  But at the festival, maybe because of the sheer volume of people, some of the men prayed in the open air in front of the crowds.  Shoes came off as they came together on their mat, kneeling and rising in unison as they recited their prayers.

For someone who hadn’t witnessed this before, it was a striking experience- to see a party suspended for reasons of faith.  Today I read up a bit about the 5 calls to prayer.  I wanted to know the meaning behind the Arabic they had recited. I was interested to learn that, on each occasion, they finish with the ‘Tashahhud’, a prayer in which they ask for forgiveness and mercy.

This theme of forgiveness has kept cropping up for me lately. It started at Christmas time, as I was preparing for our family trip away.  One of the things I was most looking forward to about our holiday was the chance to read a good book.  Books aren’t as easy to come by out here as they are in the UK and so a friend lent me ‘Girl on the Train’.  It’s a best-selling, easy-to-read page-turner, perfect for a holiday.  I was therefore surprised when I found myself feeling affected by it.

The thing that intrigued me most was the two main characters’ search for forgiveness, both of them exploring the possibility of finding it through therapy.  At one point the central character says ‘It’s impossible to resist the kindness of strangers.  Someone who looks at you, who tells you it’s OK, whatever you did, whatever you’ve done: you suffered, you hurt, you deserve forgiveness.

This line reminded me of a quote from one of my favourite TV shows, ‘Madmen’.  Don Draper is trying to market cigarettes at a time when fears are growing about the dangers of smoking.  He tells his client: ‘Advertising is based around one thing- happiness.  And do you know what happiness is? It’s the smell of a new car, it’s freedom from fear, it’s a billboard on the side of the road that screams with reassurance that everything you’re doing is OK.  You are OK.’

I think part of the human condition is that we all want to know that we’re OK.  We want to hear, like the women in my novel, that we are forgiven.  The ‘Madmen’ finale shows Don Draper at a therapeutic retreat, trying to lay to rest the demons that have tormented him throughout the series.  It’s supposedly 1971.  In 2018, therapy is more popular than ever as a destination for those seeking acceptance, with over a quarter of people in Britain having therapy at some stage in their lives.

I know from personal experience how powerful it can be. When our two older children were 2 and 1 years old, my husband was either in Afghanistan, in preparations to go to Afghanistan or in post-deployment mode, helping us get back to ‘normal’ as a family.  During some of that time, I had weekly sessions with a therapist.  She was a lifeline, listening to me pour out my troubles, offering me reassurance and encouragement, telling me each time we met that I was doing OK.  She would often say that I needed to forgive myself for all my perceived failings.  And I have often heard people say since then that sometimes the hardest person to forgive is ourself.

It seems that whilst we have an inbuilt need for forgiveness, it’s still something we must learn.  Not just how to forgive ourselves but how to forgive others and how to receive forgiveness.  We recently binge-watched the second series of ‘The Crown’.  During the ‘Vergangenheit’ episode (which deals with the discovery of the Marburg Files), I was interested in how the programme makers showed the Queen struggling to forgive her uncle for his involvement with the Nazis.  In the story, she seeks advice about how to forgive from the American evangelist, Billy Graham (who sadly died on Thursday-BBC report).

The Queen’s meeting with Billy Graham is a matter of historical fact, even if the conversations we eavesdrop on are imagined by the scriptwriters.  But this is a real quote from the Queen’s 2011 Christmas address: ‘Although we are capable of great acts of kindness, history teaches us that we sometimes need saving from ourselves – from our recklessness or our greed. God sent into the world a unique person – neither a philosopher nor a general (important though they are) – but a Saviour, with the power to forgive.’

We are trying to teach our children that forgiveness involves a change of power.  We encourage them sometimes to say ‘Please forgive me’ rather than ‘I’m sorry.’  Sometimes, the statement ‘I’m sorry’ is just a statement about how we feel.  In ‘Gone with the Wind’, Rhett Butler says to Scarlett: ‘You’re like the thief who isn’t the least bit sorry he stole, but is terribly, terribly sorry he’s going to jail.’  That sort of ‘sorry’ doesn’t change anything.  We can be sorry about lots of things- the weather, a friend’s dilemma- but that doesn’t necessarily improve or help it.  But when we say ‘Please forgive me’, we humble ourselves, handing over the power in a situation to the other person. In doing so, we create a window for transformation.

After listening to a sermon by her chaplain one Sunday, Queen Victoria was reported to have said:  “Because of what you said about the coming again of the world’s Rightful King. I wish still to be here when He returns that I might lay my crown at His Blessed Feet.“  This quote provides a useful picture of a person seeking forgiveness- of someone who’s willing to remove their crown and humble themselves.  Power is handed over, opening up an opportunity for true forgiveness and change.

Equally, there is enormous power when we use the words ‘I forgive you.’  I saw an article towards the end of last year in which a Muslim man, whose son had been murdered, stood up in court and forgave and hugged his son’s murderer. In extending forgiveness, the father released that man from his judgement in a way that must have transformed both of their lives and which certainly left a courtroom in tears.

Maybe I’m being nudged to think about forgiveness afresh because, for someone with a long-standing faith, it’s possible to forget some of its meaning.  Perhaps we’ve said sorry to God so many times, or we are so used to the idea of his forgiveness, that we have started to take it for granted.  Or maybe we have never considered the possibility that his forgiveness is meant for all of us.

If so, maybe it helps to think about who it is that offers forgiveness and a pathway to God. As a Christian, I believe the answer lies with the King described by Queen Victoria. He’s the same King that our current Queen has modelled her life on.

In celebration of her 90th birthday, a book was written about her entitled ‘The Servant Queen and the King She Serves.’  The Queen’s reign has seen her serve her people in a way that reflects something of how Jesus serves His people. She hasn’t been flashy about her position, she’s devoted herself to a life spent in service.

As we approach Easter, I wonder if some of the images we may have of Jesus- as a servant, riding a donkey, dying on a cross- can cause us to overlook the fact that he is also a king. He didn’t have the usual wealth or trappings of royalty. He was not a king in the typical mould. 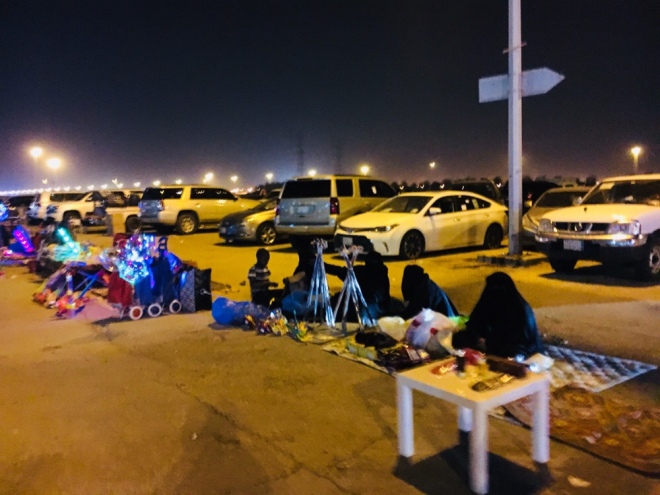 Jesus only once described himself as king. He did so just before he died, probably avoiding this term because of the potential confusion it might have caused. The Jews at the time were under the rule of the Romans and they desperately wanted a leader to overthrow their oppressors. In John 18:36, when questioned by Pilate, Jesus explained that his kingdom ‘is not of this world.’ The Jews wanted deliverance from their current political oppression but Jesus was offering an eternal deliverance from all our failings. 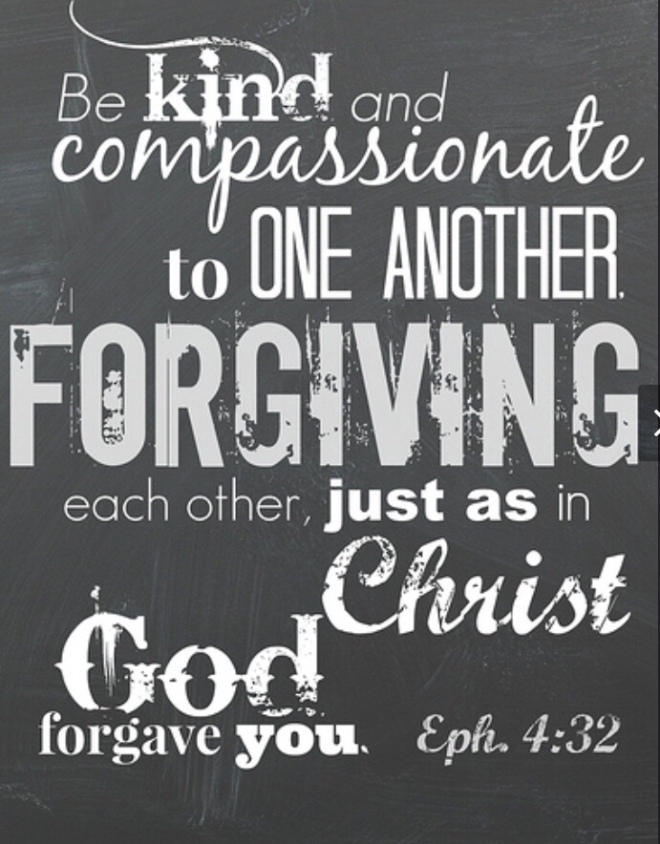 One of my favourite You Tube videos of all time is a snippet taken from a sermon called ‘That’s My King’ preached in the 1970s by Dr S.M.Lockridge, the pastor of a Baptist church in San Diego.The words are taken or inspired from different bible verses about Jesus.  It leaves the reader in no doubt that Dr Lockridge believed Jesus to be a king with the power to forgive.

And if Jesus truly is a king, then the forgiveness he offers has the power to transform our lives.