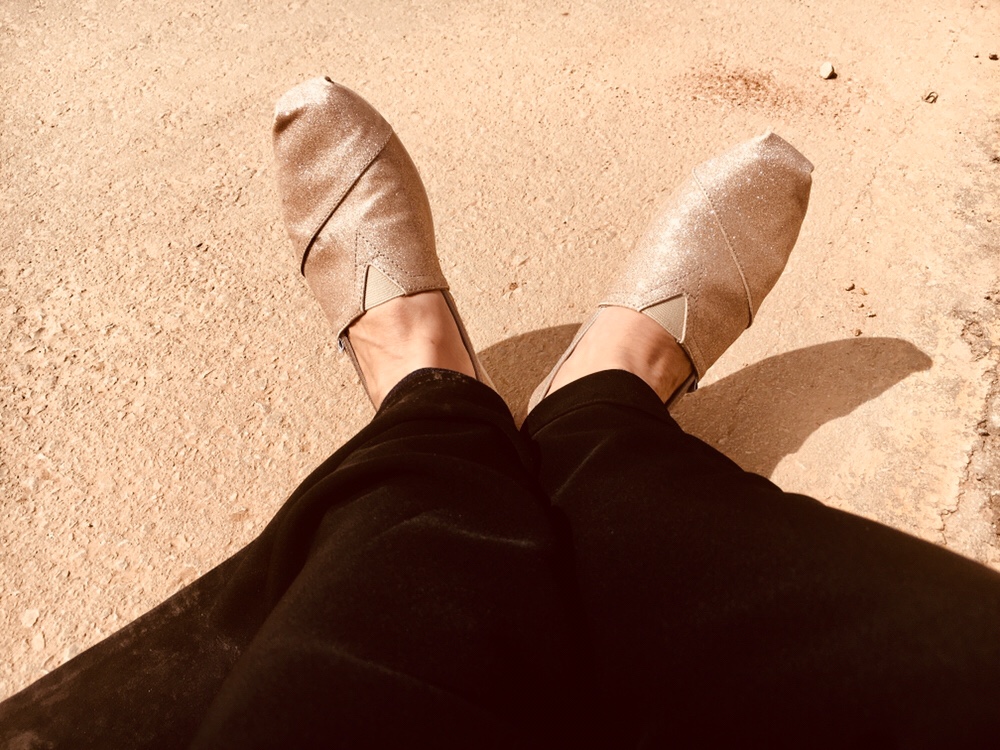 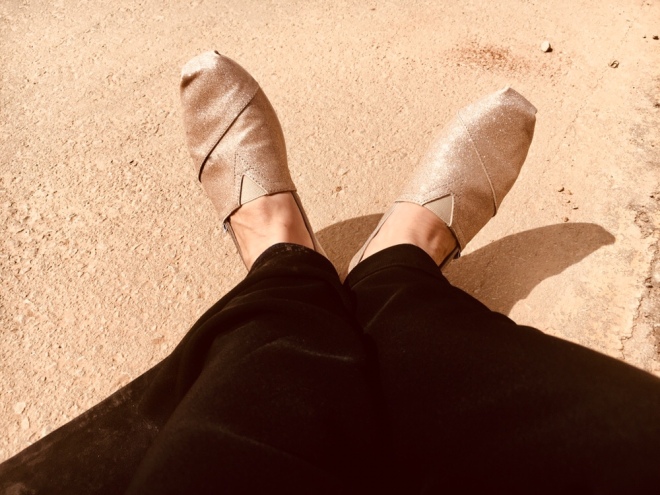 A couple of weeks ago, I joined a group of my friends for a ma’ssalamah brunch, or a good-bye send-off, for those of us who don’t speak Arabic. The good-bye girl had arranged a private bus, fully kitted our with curtains to protect our modesty, to deliver us from the compound to the restaurant.

Late as ever, I ran to catch the bus before it drove off without me, my new gold, spangly shoes twinkling in the sunlight like Dorothy’s from The Wizard of Oz. Usually quite a conservative dresser, the abaya seems to have awakened a sartorial rebel within me who wants to express herself, even if it’s only through the footwear peeping out from beneath the black.

Interestingly, I wasn’t tempted to try clicking my heels to see if the glittery shoes would transport me home. Maybe I’m starting to like it here… 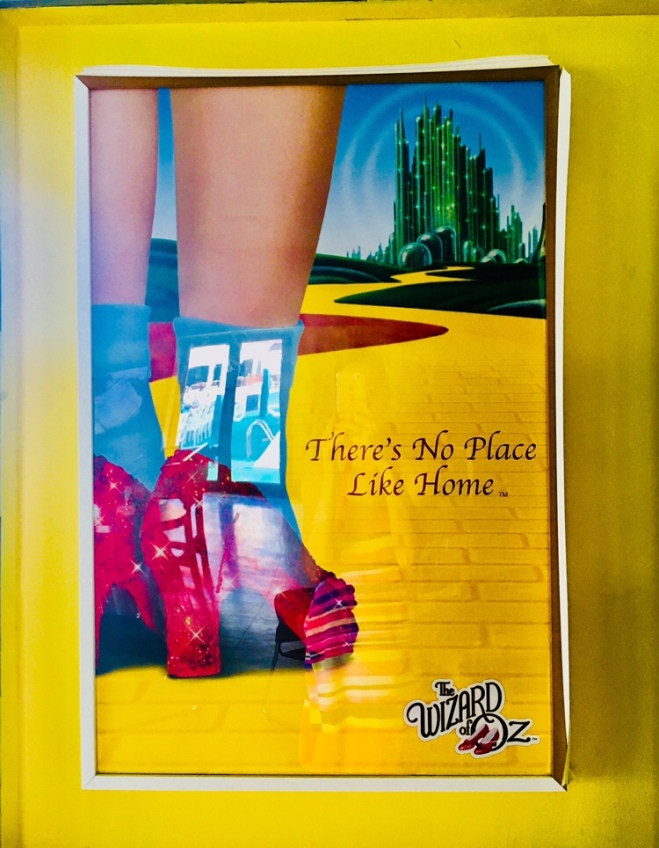 As I took my place towards the back of the bus, where all traditional rebels sit, I enjoyed a round of applause (it seems even my new friends have cottoned on to my time-keeping, or lack of it). But I was soon toppled from these dizzyingly, new-for-me, rebellious heights.

There was a bigger rebel in town. A lady in an entirely different mould to me. She arrived later and without an abaya.

‘Abaya! Have you got your abaya?’ the bus shouted at her in unison.

‘No,’ she replied and sat down in the place for modern rebels. The front row. Behind the driver. Where the curtains don’t reach.

She was dressed in a jacket and trousers, suitably covered for modesty, but even so, she wasn’t wearing an abaya!

There’s a lot of confusion in the media about the dress requirements for women here. My understanding is that there’s no actual law requiring non-muslim women to wear the abaya. It’s a cultural norm that’s become so engrained it feels as though it must be a legal requirement. And it’s easy to assume that this has been the case since time immemorial but again that’s not true. I have a friend whose mother-in-law lived here 30 or so years ago and she didn’t wear the abaya. It seems some western women who arrived after that, and who refused to respect the invitation for women to dress modestly, sparked a change in attitude, causing a tightening of the rules for everyone.

But back to the bus. I have to say, I happily relinquished my efforts to be the group’s rebel at this point. I don’t want to seem immature but I was transfixed by the thought that this woman was going to get in trouble. Big fat trouble. I sat back in my seat, deciding to wear my seat belt after all, waiting to watch the drama unfold. Almost always the class swat at school, it felt comfortable to return to being Miss Goody-Two-Shoes and let someone else, in a blazer, trail blaze.

We arrived at the restaurant and I peeked behind the curtains to watch the fireworks as the lady alighted from the bus and walked across the pavement and through the glass doors. Nothing. Nada. Diddly squat. No fireworks. Not even a damp squib.

I hurried to catch up. I didn’t want to miss out. Annoyingly, I was about 25 people away from her at the table- this was a big ma’ssalamah. Orders were taken. I’d been dreaming for several week about the hazelnut latte I’d just ordered. My favourite drink in the whole world and this place makes them better than anywhere, a nutty, foamy dream with a fudgy date alongside. My drink arrived. Latte shmlatte. I dont even remember drinking it. The reason being that the lady opposite me had just stood up and was taking off her abaya. Too hot, she’d decided. Better to take it off.

My jaw was on the table. This lady was going to get us kicked out. This was going to be a ma’ssalamah where we said our good-byes before the food arrived. Confused, I wondered if I should do the same but then I remembered the dirty t-shirt I was wearing beneath my abaya, smeared with chocolate spread from my toddler’s mouth after breakfast. A definite benefit of the abaya is not having to worry about what you’ve got on underneath.

I looked around the restaurant. Again, nothing. The waiters politely brought us our food and no one at the other tables even seemed to look up. We were in the midst of a revolution and no one appeared to notice.

By this stage, I think I was hoping for a ‘Dead Poets’ Society’-esque response but no one looked as though they were about to jump on the table and make tear-jerking statements. So I sipped the dregs of my latte, now cold. 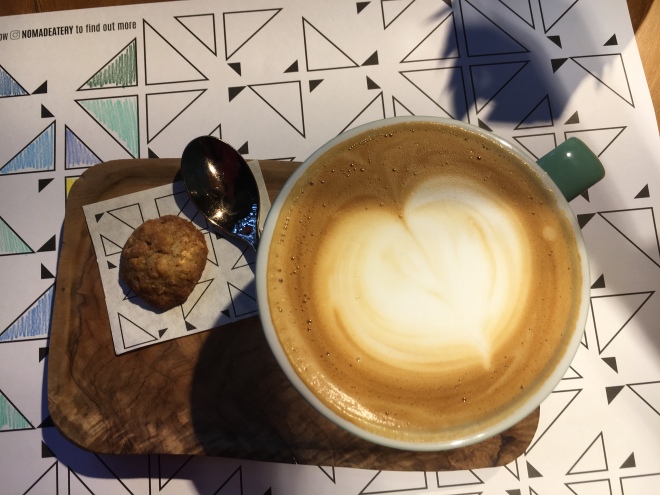 I thought about it all again as I watched a BBC Two documentary about where we now live. Change can be exhilarating, even from the sidelines. Certainly the external changes we’re witnessing here are exciting. But it can also be unnerving. For everyone who’s enthralled, there’ll be someone else who’s rattled. I’m usually in that camp.

I love the familiar, I am happiest surrounded by order. I think a lot of us are creatures of habit but perhaps me more than most. It often amazes me that I ended up married to someone whose job uproots our lives on a regular basis with unpredictable deployments and postings. But I don’t think this is an accident. Left to my own devices, I would stay in my predictable, comfortable patterns, stagnating in a way that others more willing to try new things would not. I know I need to be challenged or nudged to change and to grow.

When we were told that we could be posted here from our lovely life in Hampshire, in a seemingly random twist of events, I found the situation laughable. I entertained a whole toddler group with the hilarity of the stupid suggestion that we might like to live in the desert. But the joke, it seems, is often on us and 8 months later we flew to our new home in the sand.

For a whole host of reasons, I no longer think there was anything random about the choice of destination. I believe God is in the business of change and the desert can be a powerful place for transformation. And this particular desert was the perfect place for a woman who needed to address her control issues. 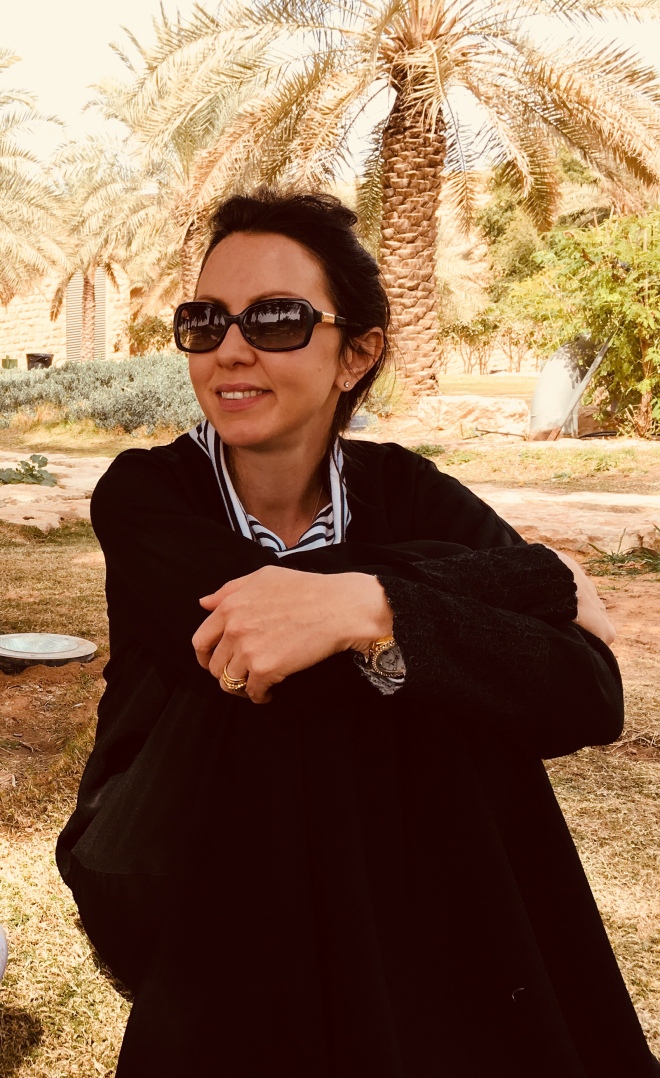 In trying to cope with the changes my husband’s job entails, I have developed all sorts of coping mechanisms that are rooted in control. I think most of us do this to some degree or another. We need to feel we can influence our life and circumstances, otherwise life can feel very scary. Fear creeps in and calls to its friend Control. Together they can trap us inside all sorts of inner prisons. Perversely, the areas where Fear tells us to exert Control can become the very things that start to control us.

A desire to control the family finances is/was my favourite comfort blanket. There’s being responsible but there’s also acting like an auditor for Northern Rock when it went to the wall (my issues around control weren’t helped by the fact we had a mortgage with them for a time). I once saw a Christian say there is nothing like going bankrupt to stop you worrying about money. Thankfully, this didn’t happen; instead my bank account and bank card were confiscated. Controlling the finances became a bit harder after that…

Where we now live, a woman can’t have a bank account. Leaving aside issues of inequality and injustice, and bearing in mind the changes that this country is introducing, I believe God can use any set of circumstances, good or bad, to teach us.

When we were in Malaysia at Christmas time, we visited some caves in an area overrun with monkeys. These beautiful animals had taken over and become unwanted pests, with signs everywhere telling us not to encourage the problem. 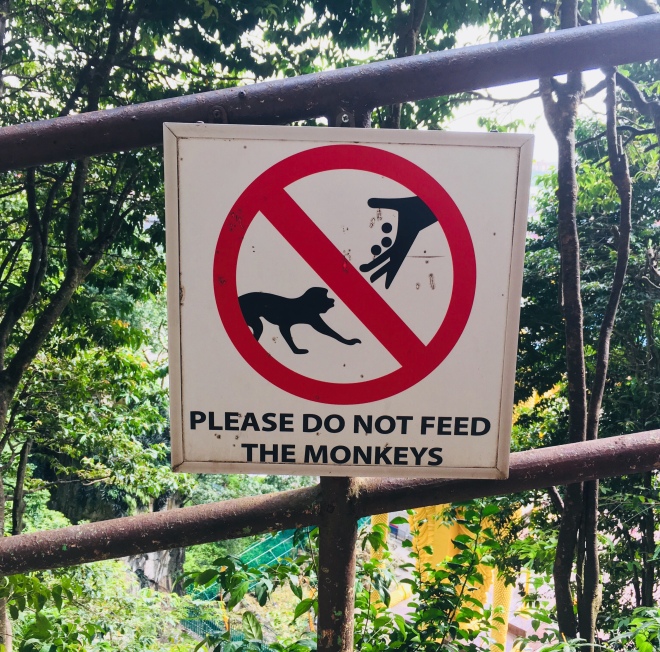 The same can be true of control. Self control is described in the Bible as a good thing (Galatians 5:23) but like anything, even monkeys, too much of something can become a problem. In fact, anything that becomes a substitute for trusting God is problematic. Sometimes the solution is to stop feeding it.

For me, not having the ability to manage and control our finances is forcing me to loosen my grip. It doesn’t feel punitive- it feels as though God is inviting me to rest from this thing that I allowed to become such a heavy weight.

Ironically, by being put in a situation where I am being controlled, I am learning to relinquish control and I am enjoying the trust and freedom that is growing in its place. Our banks website is no longer one of my ‘Favourite’ sites. There are far fewer disagreements in our house about money. I’m starting to trust that God knows what he’s doing- that he has plans to prosper me and not to harm me (Jeremiah 29:11).

Whilst I hope this is a temporary lesson (this isn’t an ideal state of affairs for any us ladies here), perhaps its one with some unexpected benefits, in my particular circumstances anyway. 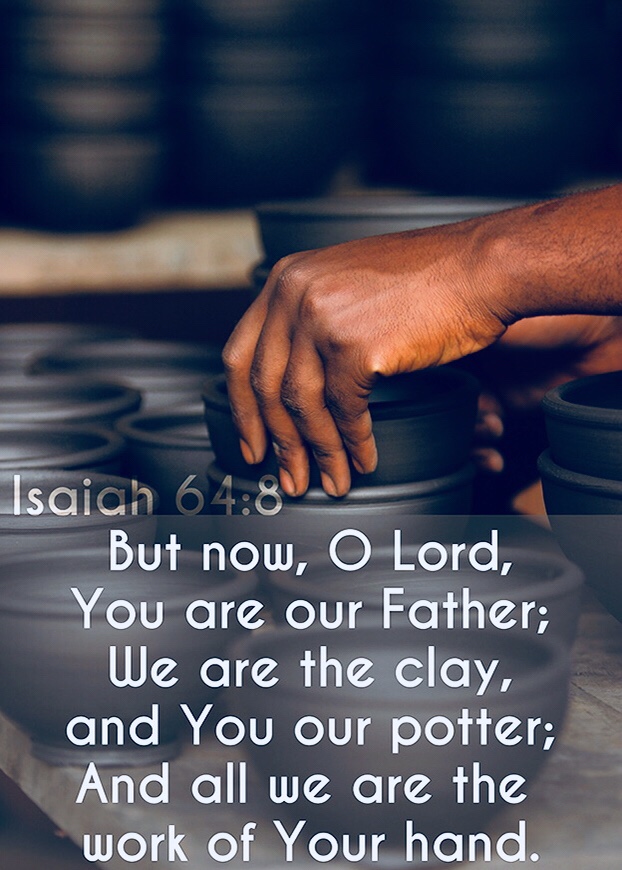 One of my other favourite verses in the Bible is Revelation 21:5: ‘Behold, I am making all things new.’ The Bible teaches us that none of us are yet the finished product- we all have areas God wants to help us change. Like the song below says, God wants to release us from our fears so we can enjoy all that life has to offer. Being moulded is not always comfortable but, in the right hands, it’s a good place to be.