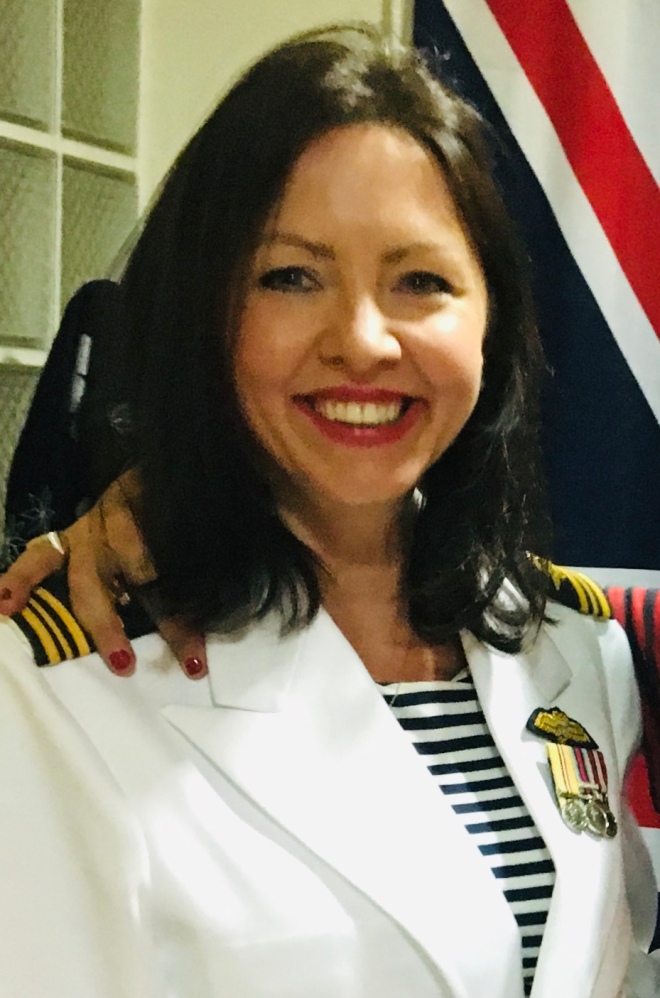 As I try not to fall off the cross trainer at the gym, I wonder if I should cease all solo travel. International travel anyway. Maybe I could allow myself the static journeys I make on the cross trainer.

On the rare occasion that I peel off from the rest of the family, it often doesn’t go well for me. Yesterday, at the gym, my friend told me I love a drama. I don’t think I do but maybe she speaks some truth…

A fortnight ago, I set off for the UK minus husband and kids. I was headed to Manchester for a family party so I flew the long way round, stopping off at Dubai on the way. My husband said it would be relaxing- I could watch films, buy lattes and mooch through duty free.

I wasn’t convinced- I didn’t feel good that week. I’d spent the weekend with an earache so acute that, by Monday, I thought my eardrum was about to explode. I insisted my doctor look again when she concluded I had lovely, healthy ears.

Long story short, the problem turned out to be a root canal infection. As an emergency measure, I swung by the dentists that same day for the most potent antibiotics they could prescribe in the hope of becoming airworthy for my flight 2 days later.

It wasn’t the sort of trip I could miss or delay. I was seeing my extended family at a big party, celebrating a special Aunty’s special birthday and seeing our daughter 2 weeks into her first term of boarding school. So I took the pills and packed my bags.

As we became airborne I felt nauseous, shaky and agitated, my heart fluttering uncertainly. I didn’t watch any films. I concentrated on trying not to be sick. I distracted myself with deep breathing. My neighbor occasionally gave me strange sideways glances and leant away from me into the aisle

At Dubai, I sat and tried to read a magazine but I started to feel strange. Soon I was concentrating on not fainting. I discreetly tried to take my pulse, attracting suspicious looks from the family at the next table.

I eventually got out my pseudo medical degree, namely Google, and learnt that the antibiotics I was on can react with another medication I take, producing, in rare circumstances, a fatal heart attack…

I tried to ring my dad, who is a heart surgeon, for advice but he was busy seeing actual patients. I texted my husband but he was also unavailable in a meeting. I messaged my prayer circle, worrying people around the world sitting at desks, treating patients and teaching small children.

Alone and quite frightened, I told airport staff I felt unwell and they rang for a doctor. My husband then called to tell me he was in conversation with my GP and I needed to cancel the airport doctor if I was to stand any chance of being allowed on my next flight.

‘Just act well whilst we decide what to do,’ he advised.

When I had initially requested a medic, I’d imagined someone with an out-of-date St Johns Ambulance Award ambling over to tell me I would be ok. I misjudged Dubai Airport’s response to someone reporting heart problems. As I got up to cancel the help, an enormous mini-hospital on wheels bore down on me with uniformed paramedics waving medical apparatus around.

I’m very ashamed of this next part. It was clearly too late to cancel them so I hid. I scuttled behind a pillar and tried to look inconspicuous but, all credit to Dubai Airport, they found me pretending to deliberate nonchalantly over their sleeping pods.

Within seconds, I was being hooked up to a blood pressure machine by one medic, whilst someone else tried to extract blood from me.

‘Just a small prick,’ they promised.

I tried to look my healthiest, whilst wriggling away. ‘I am feeling really well. I don’t know why I made such a fuss.’ 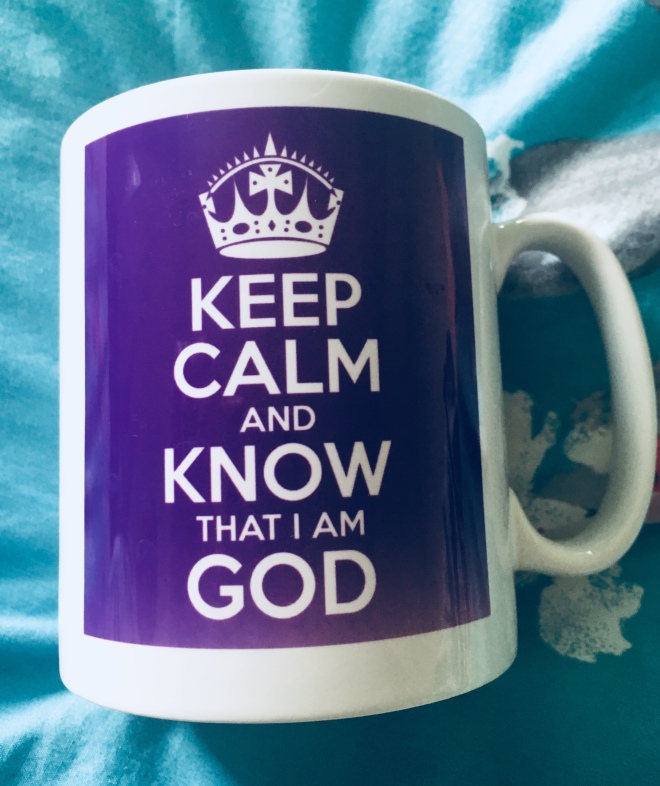 My phone rang. It was my husband.

‘What’s your pulse rate?’ he asked. ‘Your doctor says, if it’s normal, you should be fine to fly.’

The medics didn’t speak great English and I don’t speak Arabic so I couldn’t discover my heart rate, despite the electronic beeps and graphs logging all recordable information about the state of my health in full view of anyone passing through Dubai airport. I tried to take my own.

‘Get on the plane then. You’re about to miss it,’ he hissed from hundreds of miles away, like some omnipresent pilot in the sky who knew more about my flight than I did.

‘You need ECG. You come with us,’ said one of the medics.

The medics looked puzzled, then cross.

‘Give me your passport,’ one of them demanded, fixing me with a stare whilst simultaneously copying down my details.

They weren’t going to let me fly. I could see it in their eyes. I burst into tears. The strain of trying to be well when I felt lousy and the fact I had potentially self-sabotaged my trip by not being wiser and braver all became too much. I grabbed at some bandages to wipe my eyes. 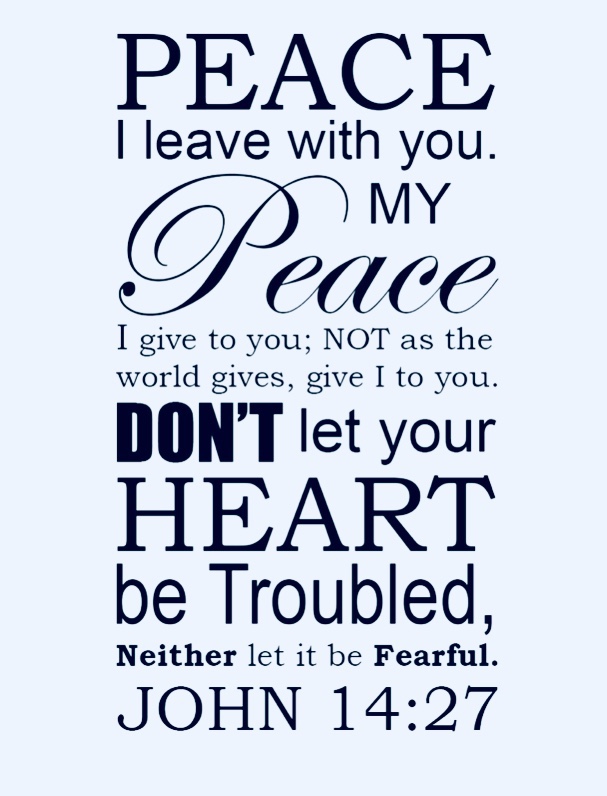 ‘You have personal issues?’ the medic asked nervously.

Would personal issues preclude me from travelling? I wasn’t sure how to answer. Wouldn’t the flight be empty if they were going to disqualify us from travelling on that basis? Granted, I sometimes seem to have more than one person’s worth of issues, especially when left to travel alone, but don’t most of us have some personal baggage tucked away somewhere?

I mumbled something unintelligible, grabbed my passport and headed for the departure lounge, hurrying with visions of them hot on my heels with their needles and apparatus, but when I checked in at the gate, there was no one pursuing me. I made the flight, the party and my visit to see my daughter.

At the weekend, someone at a party challenged me by suggesting that Christians go to church out of fear, hoping a benign Santa Claus figure in the sky will help them with life’s loneliness and challenges. I defensively told him that my faith is not based on fear. But the question has been rolling around my head since then: ‘Is he right- is my faith borne out of fear?’

I have been a Christian for longer than I can remember but aged 17, I pulled away from God, trying to hide from him, a bit like I did from those medics at Dubai Airport. I was depressed, lonely and frightened of growing up. I decided to seek happiness and friendship in destructive ways, ways I sought to conceal. But I wasn’t frightened of God. Rather, I wanted to be free to pursue my own path.

This went on for a decade and, when you truly lose your way, it can be very visible. All sorts of people saw and tried to help me. My family, therapists, friends, church leaders. For a very long time, I remained lost. Like the help I tried to rouse on my journey to the UK, no human person seemed fully able to reach me.

I remember sitting in church one evening at university, looking at the stained glass window behind the vicar and thinking ‘I don’t believe any of this.’ As I recall that moment now, I wonder whether the person who challenged me at the weekend actually spoke some truth: that night in church I was utterly, totally terrified.

Staring up at the window, I concluded, if life meant trying to find my way through depression, anxiety, a degree and a whole host of other problems, with family and friends who couldn’t quite hold on to me, and if there was nothing more out there than science and atoms and an infinite dark universe, then life was/ is very scary. And lonely. But I still continued on my own way, pulling against my faith.

It took me years to vaguely understand why I fell into such a hole back then. Even now I don’t fully understand myself. If I couldn’t/can’t work it out, how could others truly know and help? It was like the help I sought at the airport. Even when my husband and doctor reached out to me, how could they really know if I was fit to travel when they could not see the state of my heart. At best, it could only be an exercise in loving guidance from a great distance.

Through my mess, I eventually learnt that there is only one person who truly knows the state of my heart and the inner workings of my mind. It’s not a highly qualified paramedic at an airport, however sophisticated their equipment. And he doesn’t use fear, like someone removing your passport and keeping a record of your details.

It took a long time for me to rediscover this person. He had his work cut out because I kept running away. He didn’t frighten me back into church, he led me back there with love. He gave me a husband who saw my darkest places before they were healed and who still wanted to marry me. He gave me a baby, a vulnerable bundle for whom I wanted to be strong when we waved her Daddy off to Iraq 3 months later.

God gave me these things before I really deserved them because his love is actually grace- it’s undeserved. And all those people along the way, whose help seemed fruitless, formed a circle of love around me at a distance, like my prayer group, nudging me back onto the right route.

My dad, Chris, was on television recently, telling people about his work as a heart surgeon. My proudest moment was when they quoted a nurse who said to one of his patients: ‘You’ll feel very different once another human being has held your heart.  You’d want to make sure that the person who touches it is a good man.  And Chris is a good man.’

I am fortunate to have him as my father- a cardiac surgeon who mends the broken-hearted, who is considered good enough to handle their hearts. I have never loved my dad out of fear and I don’t love my other father out of fear either. I love them both because they first loved me.

We don’t all have good father figures to look to but the invitation to entrust our heart to a Heavenly Father who knows it better than we do ourselves is open to us all. We don’t have to live life alone. We just need to find someone good enough to hold our heart.