Back in another lifetime, when I was engaged to Jack, I wondered what being a military wife would be like. No one in my family had any recent connection with the military and so I had no frame of reference. For some reason, I imagined there would be lots of flower-arranging and tea. I can’t arrange flowers and I hate tea. I didn’t really like the sound of any of it but I married him anyway, a testament to how much I love him!

But alongside my jumbled imaginings, I was clear about one thing. We would never send our children to boarding school. I had heard this was common practice in the military because of the amount of time families spend moving around. We weren’t going to do that. Or I wasn’t. It was a debate that rumbled on for years…

As it turned out, no one ever asked me to arrange flowers or attend tea parties. I learnt military wives are people like you and me, mums, lawyers, Pilates teachers. Whilst a lot of my preconceptions about military life have been corrected over the months and years, the boarding school one remained unchanged.

But recently one of our children astonished us by asking if they could board. It’s amazing how quickly you stop being judgmental about a way of life you previously judged when forced to adopt the very thing you piously said you would never do! I have suddenly become very open-minded and understanding about the merits of boarding schools…

As we realized our child meant business, we also realized we had a huge amount of ground to cover. In the space of a week, we had overnight stays and assessments lined up at two schools. With work commitments keeping my husband busy, I was elected to take our daughter from the Middle East to England for the boarding school road trip.

After a 6 hour flight, with a 3 hour drive ahead, standing in a car rental depot, I already felt nervous. I have never rented a car before. Living where we do, I also haven’t really driven for 2 years. My husband said nothing could go wrong- he had set it all up.

‘Right, we won’t be able to rent you a car cos your license has a different address to the one on the booking.’

The car rental lady stared at me as I tried to work out how I could I get from Heathrow to Bath to Oxfordshire to London to Heathrow on public transport. Bad words star-jumped through my coach-train-taxi mental gymnastics.

‘You know it’s illegal to have the wrong address on your license?’

Just as I was about to ask where you get the National Express, the new boy spoke up on my behalf, explaining the challenge that it is for any military family to remember, at any given point, where they live, let alone get all their documents to reflect that fact. Maybe he was an angel. It felt like it. His supervisor reluctantly agreed to let me have a car. 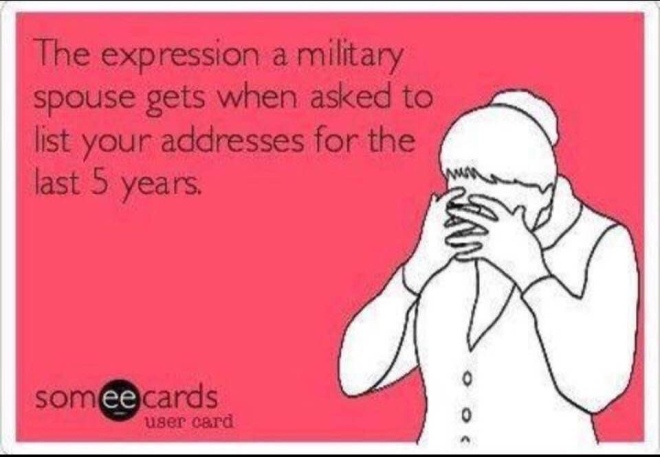 We had gone for the lucky dip option when it came to the choice of car. Don’t do this unless you are a lucky person with no specific criteria. Some might say I’m not a lucky person (good job I don’t believe in luck!) and I had 2 very specific criteria: a manual with lots of insurance. No one wanted a rerun of me trying to drive an automatic.

‘We only have an automatic,’ the car rental man said. ‘That ok?’

‘I will crash that,’ I explained.

‘Well, you can have a BMW manual but it’s double the cost.’

I couldn’t decide what to do.

Is anyone ok with that?! Surely that’s just a legalised version of driving with no insurance?

‘No,’ I explained, ‘I will crash that too if I am working under that amount of pressure not to crash.’

‘You can have full cover but it will double the cost again.’

I didn’t want my bill inflating like this but I decided a manual with maximum insurance was the best way. It gave me a measure of peace that driving an automatic without insurance did not bestow upon me.

As we were led outside to the most expensive rental option in the history of Thrifty, my child whispered that we should crash the car just to get our money’s worth. Maybe our baby is ready for the big wide world…

Our car was so new and so smart it simply needed to know the key was in its vague vicinity for it to purr into action. It also needed you to know which of the pedals is the clutch to wake it up. As the new guy leant over me to explain the car’s features, he asked me to start the car. I did a lucky dip with my feet and hit one of the pedals. Thankfully, the car took its cue and off we lurched.

At every turn, that trip presented some new challenge. The next was trying to find places- the AirBnB, the schools, London, a petrol station near the airport, the airport! Even with a sat nav, we got horribly lost, arriving 40 minutes late at the first school, which my husband had chosen specifically for its 10 minute proximity to the school.

As I dragged my child’s overnight bag into the school reception to be greeted by smiling house parents and kind school children chosen to be buddies, I started to cry. It wasn’t simply the jet lag, the 16 hours of travelling, the getting lost and being late and the strain of trying not to crash the car. It was the 11 years of thinking I knew what was best for our child and discovering all of that was being questioned too. I felt such a failure.

I tried to pull myself together for the tour of the junior school, the senior school, a round of interviews with the house parents, chaplain, head of admissions, more house parents and finally the headmaster. I had brought my swimming costume so I could try out Bath’s rooftop spa but when I got back to my AirBnB, I was too tired to lift my suitcase lid to find it. I watched one and a half episodes of the Durrells, ate food out of a Waitrose bag and went to bed.

The following day, I collected my daughter, confident she would tell me this school, her first choice, was the one for her. As we walked around the grounds, she was full of praise but she said it wasn’t her school. She couldn’t explain why.

I was so surprised. This was my first choice too. I loved it. I told myself I wouldn’t manipulate her in any way but I suggested we drove to the senior school, which she hadn’t seen, just to give her the full picture… She said she didn’t want to, she was tired, but I felt we should see everything so we got in the car and set off down the hill. As we waited to pull onto a roundabout, I looked out of my window and watched as a car crashed into my door.

A while later, with sirens wailing, perched on the roundabout by our bashed-up car, holding up the traffic in west Bath, trying to comfort my overwrought daughter, I rang the car rental people to explain. They couldn’t have cared less. They didn’t really seem interested whose fault it was: I had so much insurance I could write the car off and walk away.

According to my daughter at least, we got our money’s worth, although it was still galling when the police arrived and seemed far less concerned about why someone had driven inexplicably into me and far more concerned about why the address on my license was out of date.

Jelly-legged, we made it to the senior school but my daughter was still sure of her decision so we drove onto Oxfordshire, where happily there were fewer dramas. Within 10 minutes of arriving at the second school, my daughter was beaming from ear to ear: this was the one, she whispered as I left.

The next day, pale from tiredness and assessments, my daughter’s smile told me her choice remained the same. When the house parents and other girls waved us off on the final leg of our trip, the house dad said to us: ‘I will pray Jesus gives you a peace about what to do.’ I welled up again.

My daughter couldn’t really articulate what it was she liked about the school but I realized it wasn’t a spoken thing: it was peace. In the turbulence and high drama of our trip, there it was: a peace in her heart. My sister had said she hoped God would speak to our daughter about what to do and when I recounted our trip, she said: he did speak then. He spoke in his language. The language of peace.

It was the same peace that led me to marry Jack when the circumstances of his job remained mysterious and scary. Despite the obvious logic that might have warned me not to enter a world I didn’t understand, there was a peace that encouraged me to do it anyway.

But on the occasions when we do wander from his path and his will for our lives, we make ourselves vulnerable to things he didn’t plan for us. Yet even there, he has our back, like the insurance that had already subsumed the damage and expense of the accident, that didn’t interrogate with questions of liability and fault.

Whilst my daughter was at the second school, I stayed with a friend and we went to church together. The final hymn was Charles Wesley’s ‘And Can It Be’. The church seemed to swell with emotion as we sang the words of the penultimate verse:

I woke, the dungeon flamed with light.

My chains fell off, my heart was free;

I rose, went forth, and followed thee.’

At its most basic level, sin is the act of turning away from God. It’s becoming entangled in ways and choices that aren’t right for us. The possibility of being freed from our chains, finding ourselves in the light, able to leave the prisons we have made for ourselves- there is an almost universal appeal in that. Here it is that we discover true peace.