The Heart of the Cross 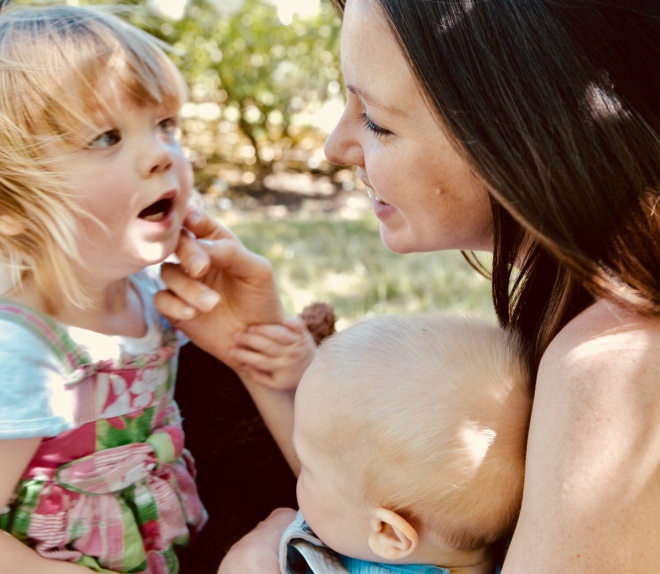 I can’t make decisions. It may sound trivial but it can be debilitating and intensely irritating for those around me! My poor husband feels it most keenly. Take the jeans I wanted last Christmas. I couldn’t get them in the Middle East so I commissioned my husband to get them on one of his many trips back to the UK.

From the outset, he wasn’t happy. He frequently reminds me that he has a real job in London and it’s not being a personal shopper. He reluctantly brought them back for me but I immediately decided they were too small. So Jack and the jeans returned to Whistles a week later. Apparently, this almost made him miss his plane home so he was less than thrilled about it.

When he brought them back, they seemed too big. I spent a lot of time talking to my sister in Scotland who has the same pair in 2 sizes (jean buying is complex!). She told me I should have kept the first pair. Apparently, they stretch a lot. I told Jack my sister’s conclusion and he told me his counter conclusion: learn to love your big jeans, throw them in the bin, give them away or buy a belt because I am never going back to Whistles. Ever. No way.

Two weeks later, he went back to Whistles and returned them. I now don’t have a pair of the skinny indigo jeans I wanted because I’d rather not wear trousers if it means that level of stress. It’s not even that I’m worried about Jack’s reaction (he would get me some more jeans, probably. It’s almost been a year…); it’s rather that I can’t cope with that voice in my head that tells me I need make perfect decisions, whether it’s buying jeans, raising our children, choosing a new Hoover.

This indecisiveness permeates so many things it can leave me feeling battered about by life at times. Holiday plans or a child’s birthday preparations take up an inordinate amount of time because of all the choices. But where I stumble most is when other people come up with ideas for me. ‘Will you do X, Y, Z?’ someone will say. It’s fine if I want to do X,Y or Z but it can cause me huge amounts inner turmoil if I don’t like the suggestion.

I will still want to make the right decision and I tend to assume the ‘right’ thing must be the sacrificial thing. That indecisive voice in my head will run between ‘That’s not what you want to do so don’t do it’ to the other side of my head where there’s a big warning light flashing: ‘You’re a Christian. You must do it. If that persons has a need, you must help.’

And here I find myself walking into the very heart of what it means to follow Jesus. Even if you don’t have a faith, you will probably know phrases such as ‘turn the other cheek,’ ‘take up your cross’, ‘lay down your life.’ These are all words spoken by Jesus.

I grew up in a liberal church with loving parents but somewhere along the way I picked up the idea that Jesus’ way is hard and arduous. Surely the ‘right’ thing is always to put others first? I came to believe there is more merit in doing something for God if it benefits someone else rather than me. The greater the struggle, the more pleased God will be with my efforts. 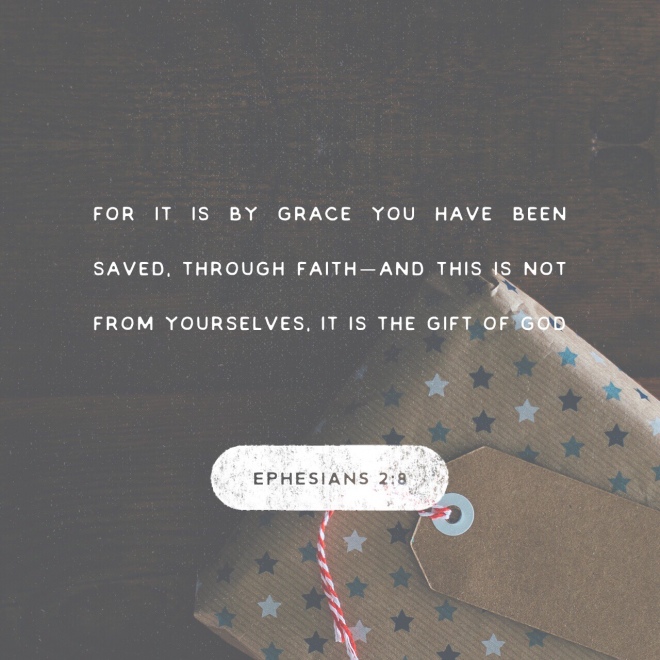 I remember telling a friend this nearly a decade ago. For 30 years, this had been my view. She looked at me with such sadness and gently told me that this was wrong: 180 degrees out. Jesus wants me to live freely, unburdened. I found that hard to accept. It was like being told a cabinet of trophies displaying my achievements was worthless. I had assumed my approach was sacrificial and self-giving but actually, when I stepped back, I realised I had put myself in that trophy cabinet.

So how does this alternative way work? What does the Jesus who talks of the narrow way and the cost of discipleship want us to do when we face hard choices? Do we ignore the call to turn the other cheek, to take up our cross and to lay down our lives? I have spent three quarters of my faith being wrong about this and a quarter trying to redress the balance so I dont claim to have the answers. Indeed, I am keen to learn more about this. But I have heard a few things along the way that have helped me.

The fundamental point about being a Christian is that we admit we cannot do life alone. We are flawed and we need help and forgiveness. In looking to God as Father, our gaze turns from ourself to him. And the love and forgiveness we receive from him, hopefully, ideally, flows through us to those around around us.

Jesus teaches that if we are seriously going to try and pay God’s love forward, there will be hard choices. There will be sacrifice. It won’t be a bed of roses. His crown was a crown of thorns. It was costly. But if we left the story there, we might develop a faith like my old faith. A faith of self-flagellation, where pain becomes the measure.

But the Bible also teaches us that Jesus’ resurrection built a bridge of grace between us and God. When we say we want to follow Jesus, we step onto that bridge and walk across to a Father who no longer judges us, who looks at what Jesus did and loves us through that perfect lens. It’s a lens that doesn’t see our flaws, it only sees the perfect children he made us to be, whom he has always loved.

Before Jesus, there were many rules designed to keep us on the right track physically, emotionally and spiritually. If you read just a small chunk of the Old Testament, you will almost certainly come across some of them. But Jesus said we no longer need to live by these rules. He gave us only 2 guiding lights to live by- both of them love:

Great! But we may still be left wondering what we do with the everyday decisions we have to make that seemingly pitch us against God, us against our neighbour. I think the God choices are often easier. You have a sense God is calling you to work in the Middle East and you don’t want to? If that’s what he says do, do it! If he has a plan, it will be a good plan, we can trust him and we will experience peace.

When it comes to our neighbour, it can be more confusing. An example from my own life is from a time when Jack was away for months at a time and I had our children to care for and I was struggling. Somebody wanted me to help them on a regular basis. I didn’t feel I had the capacity to take on anyone else. I didn’t want to.

Out of guilty and a sense of duty, I did initially help but the requests became more frequent and more stressful. My heart was full of resentment and bitterness. But that voice in my head kept moralising: ‘Take up your cross’, ‘lay down your life.’

I eventually took advice from our elder and he recommended an amazing book entitled ‘Boundaries’ by Cloud and Townsend. If any of this is resonating with you, I would suggest getting a copy. I learnt over a coffee that appropriate boundaries are godly and healthy. It turns out Jesus does not want us carrying someone when we haven’t got the resources to do so. He doesn’t want us operating out of guilt or duty.

Our elder said it’s all about grace and peace. Do we have grace (free and merciful love) to help that person? Do we have a peace that we are meant to do so? It turns out it actually works the same way as when we are called to do for something for God directly. If God has called us to help someone, he will provide the grace and the peace, just as he does when he calls us to do something for him. Ultimately, we need to seek his will and the test for whether we have found it is the presence or absence of grace and peace.

Often, we won’t need to go through any of these thought processes. Maybe we have an elderly neighbour who can’t get out to the shops. We have a car and a free morning so we take them. There’s probably not too much soul-searching here. But if we are struggling ourselves and the thought of this other thing makes us feel panicked or stressed, it may be that on this occasion, this is not our job.

Interestingly, the peace that provides this new yardstick won’t come from whether it looks achievable or whether we have the resources. Something may look preposterous but we may have a peace about it.

I have learnt that if we fail to use the grace/peace measure and do the ‘right thing’ out of guilt or duty, we leave ourselves wide open to taking a wrong turn. We set out to behave well but, ironically, we end up doing the opposite because of the reservoir of resentment or irritation that builds up, which can leads us to act angrily or half-heartedly, to gossip, lie or moan. Or maybe we don’t do these things but we fold under the pressure because we never had the capacity for this extra burden and others, such as our children or spouse, suffer.

This isn’t a Christian loop hole to get out of stuff! We should be showing love freely, generously, creatively, imaginatively, just as God does. But the freedom comes when we act inside God’s plans and will for us rather than according to some self imposed regime based on guilt and duty.

I am listening to some of Bruxy Cavey’s talks at the moment from The Meeting House in Canada. I love the language that he uses, describing the Christian faith as a peaceful resistance, encouraging us to live counter-cultural lives that reject the ‘Me’ mentality of today. But this shouldn’t then send us back to the shackles of religion and all its rules, with its ‘does’ and ‘don’ts’. As we search to live grace-filled lives, we learn there is a another way.

Bruxy Cavy has a tattoo on his arm from Leviticus 19:28, an Old Testament rule which says we must not mark our bodies with tattoos. It’s an ironic reminder that Jesus has freed us from the rules of the past. The cross was the most costly thing in human history but it was full of grace and peace because the reason for it was love and it bought us new life.

As a mum, it occurs to me that childbirth is a useful picture of the cross. Childbirth is painful and costly but it brings new life. Mothers generally forget the pain of childbirth and focus on their love for their new baby. And it’s the same with God. He paid for our new life at a great cost but he doesn’t dwell on the pain- instead, he calls his children to live lives full of grace. Radical, guilt-free, counter-cultural, amazing grace.