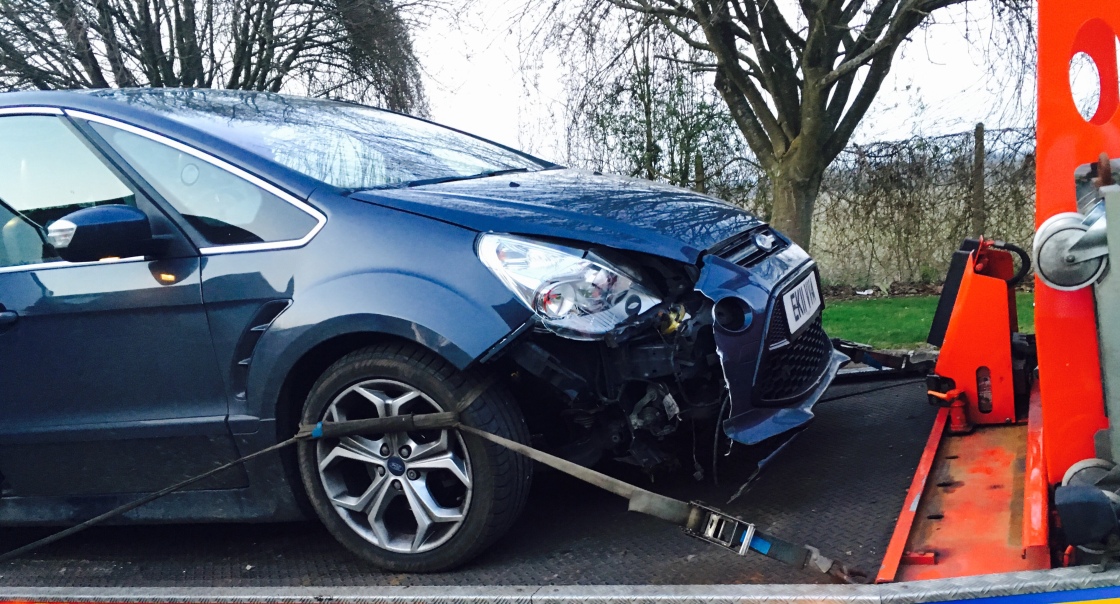 What Katie Didn’t Do 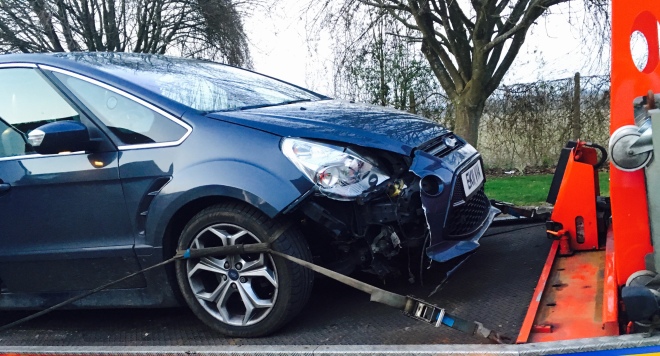 Have you ever parked your car somewhere and then not been able to find it?  This was commonplace for me before moving to a place where I’m not allowed to drive.  In fact, the very last time I lost the car was just before we moved overseas.  I think the experience made my husband grateful that I was temporarily hanging up my driving gloves…

I was collecting our children from school when it happened.  It was a rare day when I wasn’t late and I’d managed to get a space outside the school gates. When I came back out with our children and all their paraphernalia, I couldn’t find the car.  As we hunted for it, I began to worry that it had been stolen.  It was a village school, built on a hill (that bit’s important), in a sleepy bit of countryside. I often left the car open.

But then I saw something in my peripheral vision that made me wish it had been stolen.  There was a massive traffic jam of cars backing up the hill, interspersed with parents getting out and shouting to one another.  In the centre of the melee, at the bottom of the hill, was our car, face planted into the grass verge, astride a bin, with the village bus stop dangling over it. 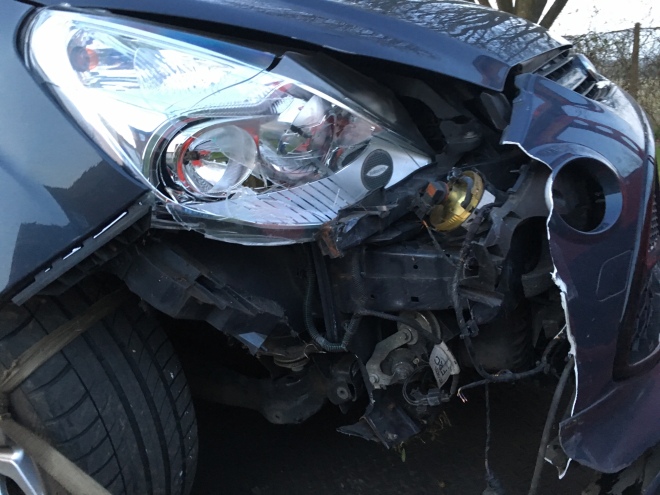 I hurried into the centre of the drama, taking up my role as CULPRIT, with some helpful person yelling at me, as if to explain to the whole of the countryside, the insurance company, the birds, the world- ‘You didn’t put the handbrake on.’

I would spend hours on Google in the weeks afterwards trying to prove to myself and anyone who would listen that I had put the handbrake on- that this was a mechanical fault, the shrinking of warm metal brakes as they cooled- but I was the only one who thought this.

Cars encircled us- my car was blocking a T-junction- and other parents stared, looking at me as if I ought to know what to do.  I had no idea, other than to stop our toddler running in the road and soothe our dog, who had been in the car throughout (at a very low point, I even developed a theory thar he had released the handbrake).

‘Call your breakdown people,’ someone shouted.  So I did but they wouldn’t help me: ‘You’ve not broken down’ was the response.  Pedantic. Very pedantic. Not really the fourth emergency service then.

A Chinook flew overhead and I was reminded of my pilot husband- I would call him, he would know what to do.  He was on exercise at the time, playing war a few counties away, but I felt sure he would help.  ‘I can’t come,’ he explained, ‘we’ve been invaded by the enemy and I need to evacuate everyone from this field.’

Cue tears/streaky mascara/snot/ the full works.  It continued to get worse.  I couldn’t remember who we were insured with and my mobile phone had run out of battery.  I ended up sitting under a desk in the school reception, my phone plugged into the power socket with the world’s shortest charger, trying to contact the insurers, with our dog tied to the school gates and our toddler rearranging the school office.  And just as I got through to the right person, after half an hour of ‘Press This’ and ‘Press That’ and fifty million reassurance that my call was important, my husband phoned me back and I disconnected myself from the insurers. Bad word, bad word, bad word.

Lots of people have heard this story but they haven’t heard the prequel: the cause of the accident.  Despite my conspiracy theories, I now reluctantly accept that I PROBABLY didn’t put the handbrake on.  In all the upset, I couldn’t remember what had happened when I parked the car. As the days passed, it came back to me and I realised why I hadn’t done something that’s ought to be second nature when driving.

Weeks before the accident, I was involved in an ugly row with someone in almost the exact same spot outside school.  It was my right of way along the single lane road but when I met a man coming towards me in a van, he wouldn’t reverse. I also refused to reverse and very quickly we were in a fight, with him getting out of the car, using very bad words.

In the end, I did reverse but only after seriously winding this man up by threatening to report him and taking photos of his van.  I was shaky afterwards, as much by the unleashing of my own emotions as the man’s behaviour.  And then I felt dreadfully ashamed, which, in my experience, is always the most uncomfortable emotion.

On the day that I left the handbrake off, just as I was parking, the man appeared in his van in my rear view mirror.  All the emotion of the row welled up inside me and I peered back to see him.  And then I watched as he drove past.  This happened right at the point when I should have been applying the handbrake.  But I didn’t focus on what I ought to have been doing because I was distracted by looking backwards at the man and my past actions.

The Bible warns us repeatedly about anger.  I am not talking about righteous anger- the sort of anger that is stirred by injustice and which, historically, has achieved great things, such as the abolition of slavery.  The same type of anger Jesus demonstrated when he overturned the tables of the merchants who were making money in the temple by exploiting people (Matthew 21:12-17, Mark 11:15-19 and Luke 19:45-48).

Rather, I am talking about unrighteous anger, which is the form we most often see.  That’s where we vent, lash out, cause hurt, often because we are concerned for our welfare, comfort or happiness. Maybe we’re not content with the service we received, the way someone at work failed to meet a deadline we set, the way our children ignore our instructions.  We may have a point but there is usually a different way to deal with the situation other than anger.

There are so many Bible verses to pick from that offer wisdom on the subject of anger:

I have chosen this verse because I might have avoided my crash if I had kept it in mind. If I hadn’t escalated the row with the man, maybe I wouldn’t have allowed the situation to become so toxic and therefore so distracting when we encountered one another again.

After the argument, I rang the man’s employers and left an apology. I prayed about what had happened. In the process, I felt affection grow as I started to gain an understanding that I had initially missed. I realised that he was probably upset about something else when we had our altercation.  Just as I had been that day.

My own frustrations had been about the process of moving overseas and all the admin involved.  I don’t know what the man’s situation was but I sensed a heaviness, something weighty that lay just under the surface, ready to spill over. 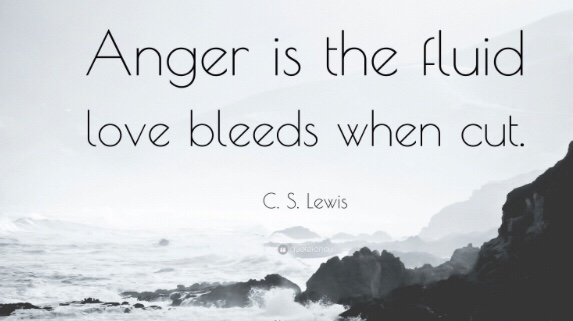 I am learning that anger, whether it’s our own or someone else’s, often masks hurt or frustration.  If we could see that instead of the anger, we might feel differently towards our antagonist.

We can get into a mess so quickly when we give into anger.  And as much as we might want him to, I don’t think God magically deletes the consequences of our actions.  We usually still have to face up to our poor choices.  For me, with the car, I had to live through that awful, embarrassing episode at school and it’s repercussions.

The reason this issue of anger has been on my heart this week is that I let anger get the better of me again.  I may have learned a lesson about anger last year but I forgot it.  A couple of days ago, in the heat of my annoyance, I complained about someone and initiated a process I later wished I hadn’t.  Within 24 hours, I wasn’t angry anymore but it was too late to stop what I had started.

I now feel so empty.  Another episode of folly versus understanding, a quick temper instead of patience.  Thankfully, I think I look worse than the person I complained about so I’m hoping they aren’t affected but that doesn’t get rid of the shabby feeling I’m experiencing and potentially the other person’s hurt and confusion.

The good news is that whilst God may not erase our folly, I do believe he stays with us during it.  Looking back at the car, in the midst of the upset, there was an understanding car insurance advisor, a kind receptionist who drove us home, a thoughtful recovery man who delivered everything I’d left in the smash to avoid me having to retrieve it from the car graveyard. Even when the car was declared a write-off, we were given a payment equal to what we’d hoped to get when we sold it for our overseas move. 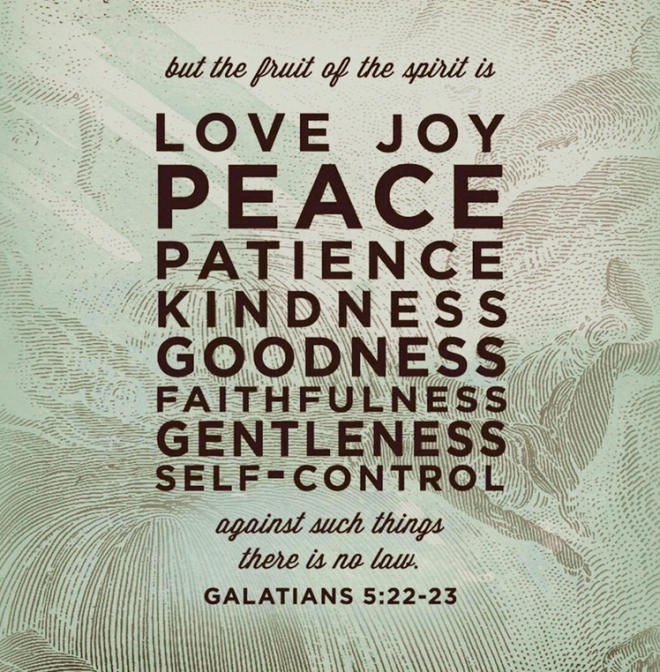 In all of this, I am reminded of the fruits of the spirit listed by Paul in his letter to the Galatians- the attributes above that we are meant to try and display in our lives.

In 1 Corinthians 13:13, Paul explains that the most important fruit of all is love.  Anyone who has ever been to a wedding will probably know these verses. Years ago, my husband and I went on a Christian course where we were invited to read the passage aloud, replacing the word ‘Love’ with ‘Jesus.’  We were reminded that, if Jesus is love personified, then he must be the perfect model for our behaviour… 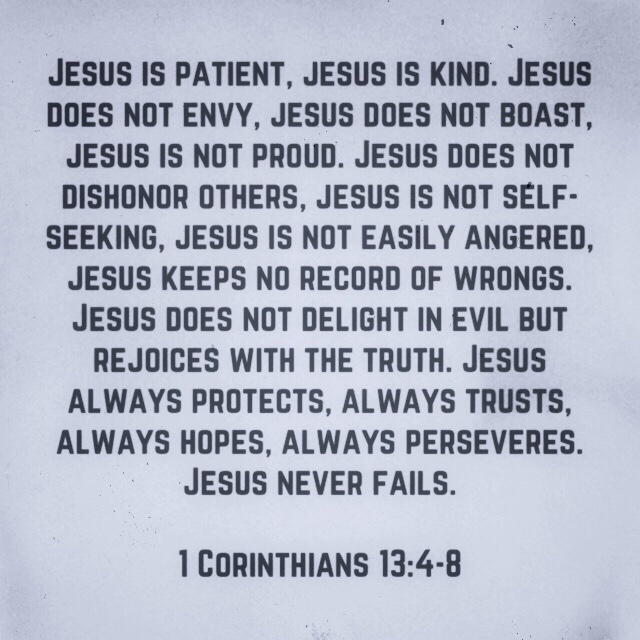