Paul Newman once famously said, ‘I don’t like to discuss my marriage but I will tell you something which may sound corny but which happens to be true. I have steak at home. Why should I go out for hamburger?’

When my husband and I were on holiday last week, he had a craving for steak but with three children in tow, we ended up at a burger house and this quote came back to me. I remember reading it years ago, long before I got married.  I am not sure why it has stuck with me.  Maybe it was because I not only found it inspiring but also a little baffling.

Whilst my faith and a love of romance mean I wholeheartedly believe in marriage and fidelity, I’ve had to suppress the occasional thought that a long marriage must be hard and probably, at times, a bit dull. Paul Newman was married for 50 years.  I saw a friend refer to her grandparents’ 70 year marriage on Facebook recently.  I am in awe of these marriages but does 50 years plus of steak get a bit samey? 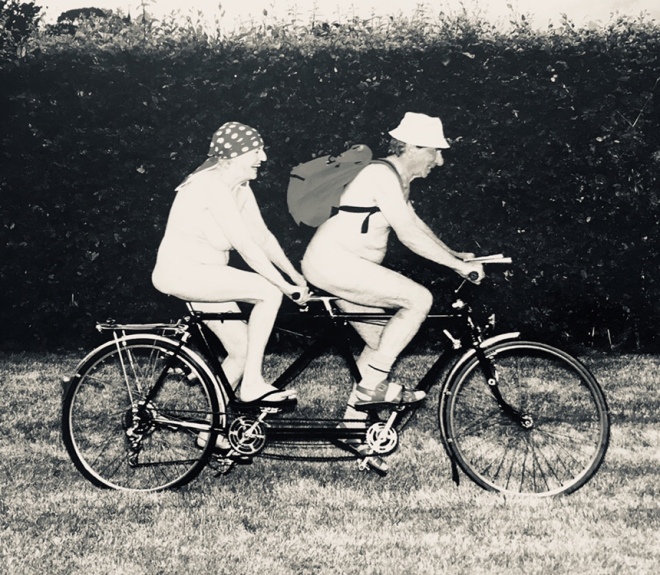 I once calculated that as a military couple, my husband and I have been apart for at least a quarter of our 12 year marriage, which is 3 years or more.  One of the few advantage of our times apart is the homecoming.  The reward for a long deployment, with all its stresses and strains, is hopefully a fluttery, first date-esque experience at the end of it all.  Dressed in his military fatigues, my husband always looks as handsome at the end of a lengthy tour as he did on our very first date and I have the same butterflies.

But the reality is that these intense experiences of romance can be few and far between once we have chalked up a few years of marriage, especially if we have children.  Understandably, some of us may have the odd craving for a burger.

Hopefully, we don’t act on it but do we linger over the prospect? Do we allow our imaginations to wander off in that direction? When my husband has been away for long periods of time, I have allowed myself a make-believe land, a fantasy with an imagined person who doesn’t ever leave me, who doesn’t do a dangerous job where there’s a chance they may not come back. It’s been a comfort blanket.  A place where I am in control- where I suspend real life with all its unwelcome and scary possibilities and sail off into a pretend sunset.

I have felt entitled to do this.  I have regarded it as a coping mechanism.  And as it’s just a fantasy, I haven’t really seen it as something I need to stop.  My reasoning has gone something like this- if I am still waiting faithfully for my husband after a period of separation, having kept the home and family together, then he should be grateful, may be even a little indebted to me.

As I write this, I can see the arrogance of this attitude.  When spouses are away, providing for the family, or in my case, putting their life on the line, they are serving us.  They shouldn’t be made to feel grateful that we waited for them. And with this realisation, there comes the other realisation: that my fantasy land during our times apart is not honouring my marriage.

I was challenged about this whilst we were on holiday.  During some of our long car journeys, I read to my husband from the book ‘Gagging Jesus’ by Phil Moore.  There was a chapter entitled ‘Jesus and Pornography.’  I know the Bible fairly well and I know that Jesus never spoke about pornography so I was intrigued to see what it would say.

I was wrong. Jesus did speak about it.  He spoke about lust in all its various guises.  I had read the passage many times in the past, even studying it for GCSE Religious Studies, where Phil Moore’s candid explanation most definitely wasn’t put forward.  The passage is in Matthew 5, where Jesus talks about adultery.

“You have heard that it was said, ‘You shall not commit adultery.’ But I say to you that everyone who looks at a woman with lustful intent has already committed adultery with her in his heart. If your right eye causes you to sin, tear it out and throw it away. For it is better that you lose one of your members than that your whole body be thrown into hell. And if your right hand causes you to sin, cut it off and throw it away.”

The point is that, whether we are married or not, lusting after somebody is wrong, even if it goes no further than our thought life.  We can’t help attraction but it’s what we do with it- do we allow it to take up residence in our mind or do we reject the thought when it appears?

Jesus’ instructions to us are unambiguous.  They would have been as radical to a first century audience as they are to us today.  His listeners would undoubtedly have congratulated themselves if they were keeping the eighth commandment not to commit adultery. To hear they were expected to go further than this must have ruffled feathers. I imagine they would have questioned Jesus’ authority to make such a requirement, just as we may do.

I remember having an issue with this teaching all the way back in my GCSE years, before I even had a boyfriend.  I wondered just how hard Jesus wanted to make things.  A bit like my fantasy-land attitude, I thought God should be grateful, even a little indebted, if I managed to get my behaviour right.  Trying to order my thoughts seemed intrusive, demanding and unrealistic.  I may have even wondered whether it was any of his business.

But I realise now that, in a sense, Jesus was lowering the bar with this teaching, not raising it.  If we get our thoughts right, it’s far easier to get our actions right.  We are more likely to remain faithful in our relationships if we have not rehearsed infidelity in our minds.  It’s common sense.

During our holiday, I was also shown just how powerful our imaginations can be.  The hero in my fantasy world is a Hollywood star.  The whole thing has always seemed so ridiculous that I have never made a secret of it.  My husband has always been aware of my crush- we even joke about it.  But when we were in Hollywood, potentially round the corner from this person, I found myself making sure I had applied my make up extra carefully and done my hair.

My seemingly frivolous crush had gone way deeper than I realised.  I was taken aback by my own behaviour.  And I believe that’s why Jesus’ teaching here is so stark.  He knows the power of our minds and he knows the dangerous territory it can lead us into. 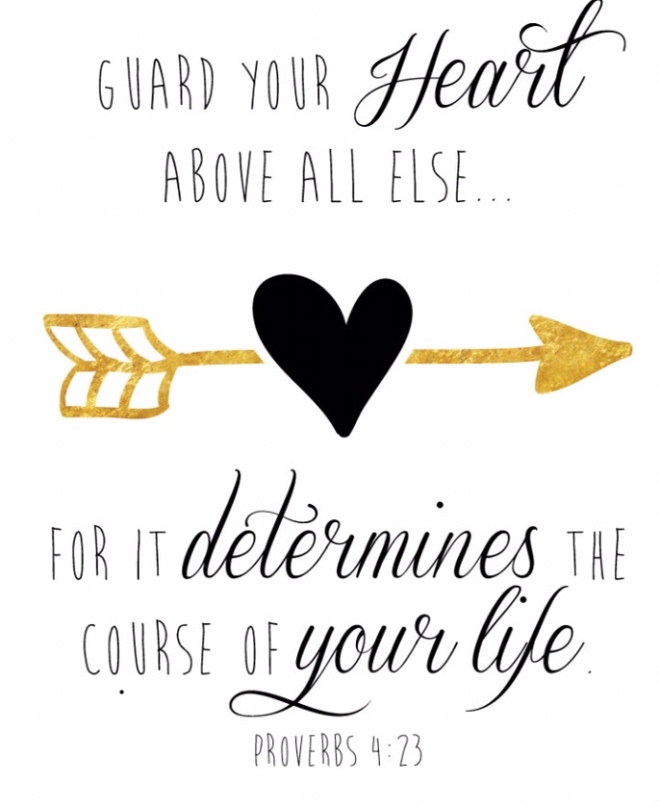 If we are spending time imagining ourselves with someone else, it’s bound to have an effect on our marriage, subtly or profoundly. Last year, I interviewed Nicky and Sila Lee about the Marriage Course they started and continue to run.

After explaining the effect of screen time on marriage and relationships, Nicky Lee said: ‘The other challenge through the internet is the easy accessibility of pornography.  I know lawyers in the states who say that over 50% of divorces they were dealing with cited pornography as at least one causal factor in the breakup of the marriage and that is reflected as well with Relate, the biggest counselling agency in this country.’

We may regard these things as a side show but the imagination, energy and time they take up are siphoned away from the real relationship.  And some, if not all, of us could probably do with investing more imagination, time and energy into our marriages and relationships. Think of the potential transformation if we saved all of it up for our partner.

So I have made up my mind to leave these fantasies behind me.  That involves some practical decisions, such as the film I avoided on the plane on the way home.  The good news is that habits usually curl up and die when we stop feeding them, even if we think they won’t.

This may not be true where an addiction has taken hold- then outside support might be needed. If so, I’d encourage people not to be embarrassed. Shame is a barrier to help and healing. We are all flawed and we all deal with life’s difficulties in different ways. The statistics suggest this is far more common than we might realise- it’s just very few of us speak about these things. Problems love the dark so let’s start shedding more light. Relate offers support in this area and there is a useful article from their website here.

Even better news is that our real romances, once we give them more space to grow, can blossom very quickly. And I believe that’s possible where there’s been physical infidelity too. I don’t want to give the impression that I think transformation is only available until a certain line is crossed. That’s the point of Jesus’ teaching. If infidelity starts in the mind, there is no line between mental and physical infidelity, although obviously the degree of hurt inflicted will vary, depending on how far a person strays, and I wouldn’t seek to trivialise that.

The Marriage Course demonstrates the possibility of restoration following physical infidelity. One of the couples who speak on the DVDs are open about the fact there was unfaithfulness in their relationship. They were reconciled through the course and, now happily married, have been running the same course for 20 years or so to help others.

Time and time again, I am learning that God never challenges us until we can cope with the challenge.  If God had challenged me about this at the height of the Afghanistan years, I wouldn’t have had the capacity to deal with it.  I was often hanging on by my fingernails back then.  I didn’t need any additional burdens.  I wanted a comfort blanket.  His silence until now is another reminder of his kindness.

Nor does God seek to shame us. Instead, he invites us to see the life he would prefer for us, the life that is often so much better than the one we choose for ourselves.  One of my favourite quotes from C.S.Lewis explains this so well:

The older I get and the more mistakes I make, the more I realise that God is not a big, angry killjoy.  Every one of his teachings is born out of love.  He wants our marriages to succeed, he wants to help us avoid the sadness of broken relationships.  Not only that, he wants us to use the power of our imagination to improve our relations with our partner, instead of using them to introduce unhelpful extras that don’t belong there, be they pornography or a Hollywood crush.

Maybe that’s the secret that sets those 50 year plus marriages apart.  Maybe those remarkable people with their lifelong partnerships are able to re-imagine and reinvent the steak supper so that it’s not a boring prospect but the best dish on the menu…